Mathus Academy’s first SpellGenius Workshop & Invitational Bee in the Bay Area was conducted on September 23 Sunday at the Braly Elementary School in Sunnyvale, CA. It was attended by over 100 highly motivated children from all over Northern California and was an unqualified success.

Mr. Ram Yeleti, the Founder of Mathus Academy and SpellGenius, kicked off the event to a packed audience. Ananya Vinay, 2017 Scripps National Spelling Bee Champion and a founding coach of SpellGenius, did a scintillating workshop peppered with her inspiring story and preparation tips including languages of origin/root words.

The real highlight of the evening, however, was the SpellGenius Invitational Spelling Bee participated by some of Northern California’s brightest spellers. The Bee attracted rave reviews from many spelling enthusiasts around the country. The Bee was moderated by Ananya and Srinidhi, a top 10 finalist in the 2017 Scripps National Spelling Bee. The rising spelling star of the Bay Area, Vayun Krishna, a 6th grader from Sunnyvale won the Championship and walked away with $300 prize money after a long duel with Rishik Ghandasri, a 7th grader from San Ramon. Rishik, who was a finalist in the 2018 Scripps Nationals 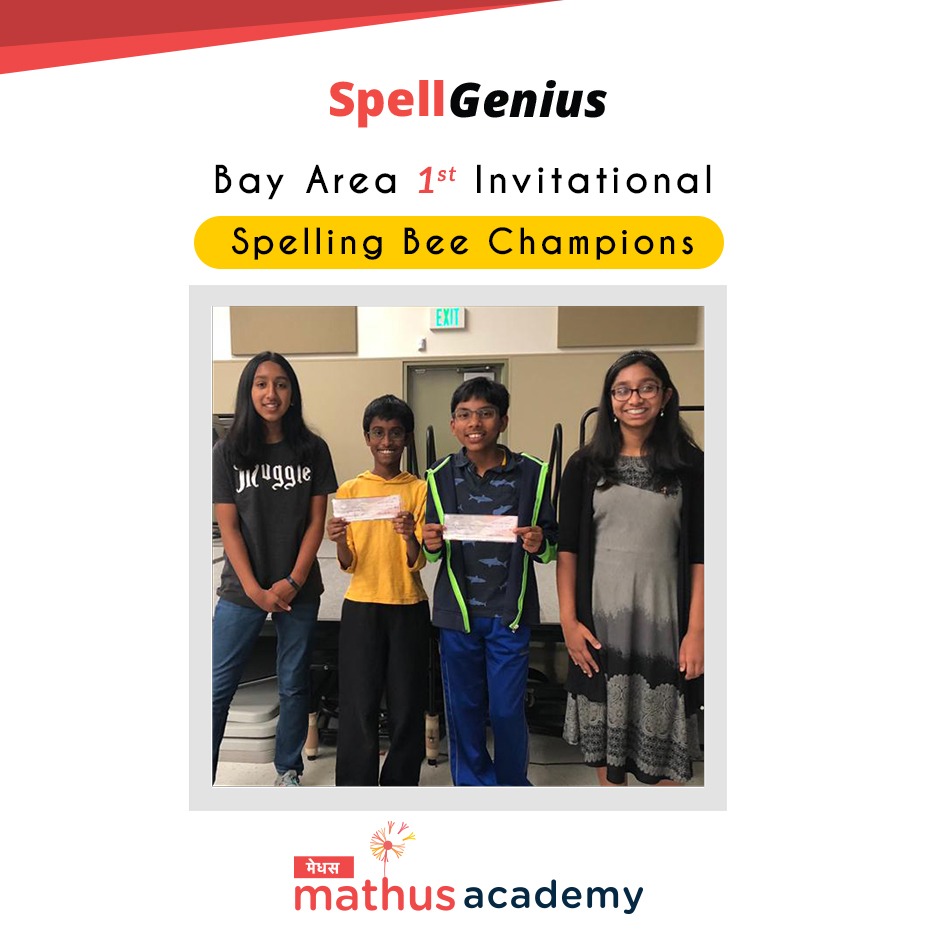 We look forward to conducting many such SpellGenius workshops and spelling bees around the country.

For more pictures and videos of the event, please visit out Facebook page FB.com/mathusacademy.